This content contains affiliate links. When you purchase through these links, we may earn an affiliate commission.

An extremely random and little-known fact about me is that I’m obsessed with Nessie (formerly known as the Loch Ness Monster, but that sounds a bit too technical for my tastes). My love started in high school, when my friends and I found ourselves doing a Nessie-themed group project in Spanish class – I couldn’t tell you why Nessie was a viable theme for a Spanish project or how we got to to begin with, but here we are. We spent a weekend immersed in the latest internet search results: indistinguishable images of alleged sightings, various articles of dubious credibility, and random documentary clips that had made their way onto YouTube. Regardless of how good the research was, however, I was hooked. And while I don’t necessarily spend a lot of my time deliberately researching it these days, I still feel enormous excitement if Nessie, or cryptozoology in general, ever arises.

Let’s define cryptozoology, to begin with. It’s a subculture and pseudoscience that tries to prove the existence of cryptids, creatures that are said to exist based on anecdotes or folklore. Besides my beloved Nessie, creatures considered cryptids include entities such as Bigfoot, Yeti, the chupacabra, etc. At the same time, the definition generally seems to exclude various mythological creatures and spiritual or supernatural beings (so, for example, no pegasi or unicorns or any of the yōkai from Japanese folktales that I grew up hearing). Cryptozoology began relatively recently, with roots dating back to the 1940s and 1950s. Its founding figures were Bernard Heuvelmans and Ivan T. Sanderson, zoologists whose interests extended to unknown creatures. Both have written extensively on the subject, and Heuvelmans’ book On the trail of unknown animals is considered a hugely influential text in cryptozoology. However, the study itself has no basis in scientific method or folk studies (a branch of anthropology), and is instead tied to other pseudosciences like ufology or ghost hunting.

So, to scratch that itch to peer into the unknown (because who of us hasn’t enjoyed the occasional “finding Bigfoot” type show on the History Channel?), here are some books about or featuring cryptids. and cryptozoology. This list is by no means exhaustive, but rather aims to represent the wide range of books available, from fiction to non-fiction, and for readers of all ages. 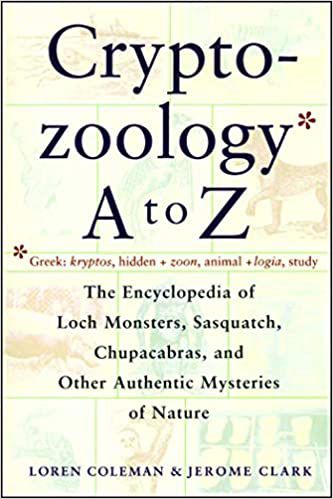 Cryptozoology A to Z: The Encyclopedia of Loch Monsters, Sasquatchs, Chupacabras and Other Authentic Mysteries of Nature by Loren Coleman and Jerome Clark

Loren Coleman is a leading American cryptozoologist who has written many books on the subject and even established the International Museum of Cryptozoology in Portland, Maine. This encyclopedia, co-authored with Jerome Clark, another writer specializing in the mysteries of the universe, provides an overview of the various cryptids, recently discovered animals, and the researchers who study them.

Sign up for our Book Deals newsletter and get up to 80% off the books you really want to read.

Thank you for signing up! Keep an eye on your inbox.

By signing up, you agree to our Terms of use 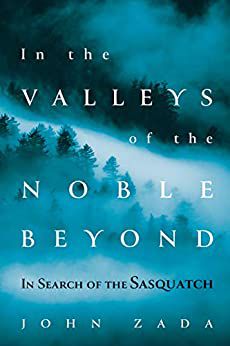 In the Valleys of the Noble Beyond: In Search of Sasquatch by John Zada

The Great Bear Rainforest, located on the central and north coast of British Columbia, is the largest intact temperate rainforest in the world and is home to a rich and diverse ecosystem. Besides the myriad species that live there, local residents believe the Sasquatch also calls the area. Writer and journalist John Zada, drawn to his rekindled childhood obsession with Bigfoot, interviews various locals who all have their own stories and experiences to share. What is uncovered through his investigation, however, is something far more complex than a search for a cryptid, delving into questions of science, human perception, and more. 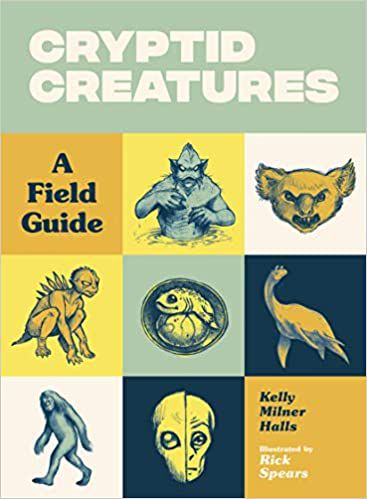 This fun, illustrated guide is aimed at the mid-level crowd and features information on 50 Cryptids for readers to speculate on. Each entry includes eyewitness accounts or other possible evidence for the creatures, and is sure to pique the curiosity of budding young investigators. 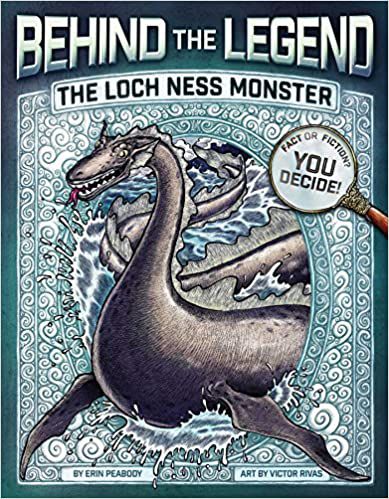 Behind the legend: the Loch Ness monster by Erin Peabody and Victor Rivas

Here’s a book series also for young readers, but this time presented as deeper dives into one creature at a time. Each book in the Behind the Legend series focuses on a different creature or monster from history, analyzing them through a scientific lens and considering their potential existence based on sighting accounts and other documentation. Nessie and Bigfoot are among the various subjects of this series of books, which include a variety of mythological beings even beyond the cryptids. 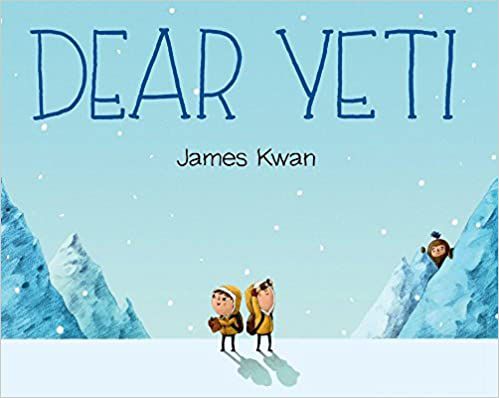 This sweet and warm picture book follows two young hikers as they trek through the woods in search of the yeti. They write him letters in an attempt to get him out of hiding, but Yeti is shy and doesn’t reveal himself. As the hikers’ journey continues, a snowstorm approaches and they realize they are not as prepared as they should be. However, Yeti proves to be a reliable friend and finds a way to surreptitiously help the hikers while remaining hidden. 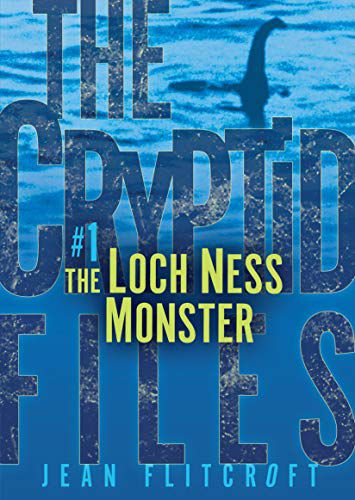 This mid-level trilogy follows Vanessa, a young girl who comes to terms with the recent death of her mother. Her mother was a cryptozoologist and Vanessa aspires to continue the research she had done to try to prove the existence of certain cryptids. In the first book, a family trip to Scotland gives Vanessa the chance to explore Loch Ness. In the second, Vanessa visits her friend’s ranch in Mexico and encounters the mysteries of the Chupacabra. And in the latest episode, a trip to a remote island off the coast of Canada brings Vanessa face to face with mysterious sea serpents. 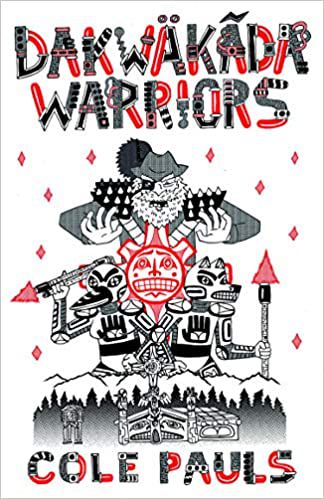 In this whimsical YA graphic novel that explores themes of colonialism, protectors Ts’ür’i and Aghay use language revitalization to save the Earth from evil pioneers and cyborg sasquatches. Cole Pauls is an artist from the Tahltan First Nation, and he wrote this bilingual comic in English and Southern Tutchone in an effort to help preserve the ancestral language. 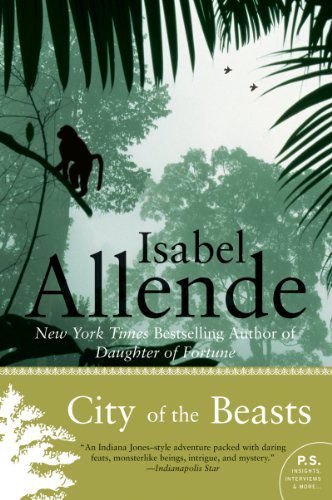 city ​​of beasts by Isabel Allende

When Alexander Cold’s parents have to leave home for his mother’s cancer treatment, he is sent to New York to stay with his eccentric grandmother Kate. Kate is a magazine reporter and takes Alex on an Amazon expedition in search of a cryptid known as the Beast. This is the first in a YA trilogy following the adventures of Alex and his friend Nadia, as Kate follows extraordinary stories around the world. 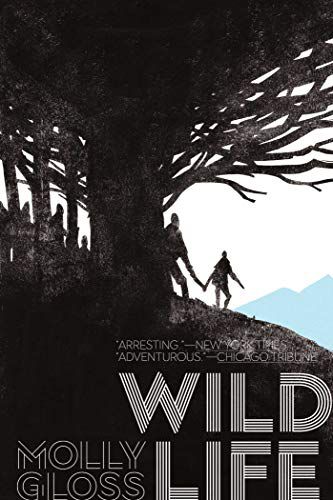 Charlotte Bridger Drummond is an independent, adventurous and freethinking mother of five sons who makes a living writing adventure stories for women in the early 1900s. One day a little girl gets lost in the woods and Charlotte decides to join the search, only to lose herself and come face to face with a gang of Sasquatches. Written like Charlotte’s diary entries, this novel explores questions about the real differences between wilderness and civilization. 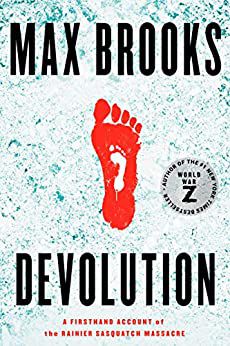 This horror novel follows a journalist’s investigation of a bloody massacre that occurred in a small, isolated community in Washington. As the townspeople took shelter in place following an eruption of Mount Rainier, sasquatches emerged, revealing not only their existence in the first place, but also their terrifying and savage nature. The narrator presents the recovered diary entries of Kate Holland, a resident of the town, along with her own research and interviews with various experts, to build a narrative of the incident.

For more books with beings beyond cryptids, check out these articles on books featuring fantasy creatures and books about unicorns.